The growth of cacti is extremely similar to that of other plants. An apical meristem continues to produce new cells, which slowly mature into stem tissues. Beyond the maturity of the plant, no further cell divisions occur in the soft parenchyma and the fleshy parts of the cactus disintegrate after the limited lifespan. Generally, each cell type has a definite lifespan: leaf cells – 6 months to 1 year, stem cells – 1 to several years, and parenchyma cells in wood – 5 to 10 years.

In most Cerae, stem growth is monpodial, i.e. the apical growing point continues cell divisions. If this apical meristem is injured, a lateral bud takes over its function, producing, for example, the candelabrumlike growth form of the saguaro. In Rhipsalis and Opuntia, typically growth is sympodial, one joint being developed from another, the axis not necessarily continuing in a straight line. This pattern is followed even in the fruiting of Opuntia fulgida, in which a new flower may be produced from an areole of a fruit of the preceding year. Continuation of this process year after year results in zigzag branched chains of fruits of as many as 23 age groups hanging down from the older joints. Since this species never or rarely reproduces through seeds, ordinarily it makes little or no difference whether or not the seeds are dispersed.

Because of the special metabolism of cacti, carbohydrates are synthesized to the fullest extent after cool nights (when evaporation is low), therefore cacti grow the most when cool nights are followed by warm days. This adaptation clearly displays that cacti adapted in growth response, as well as succulent metabolism.

Almost the entire stem of a cactus is parenchymatous water storage tissue, thus 80-90 percent of a cactus is water. A cactus plant will lose less than one thousandth as much water as a mesophytic plant of the same weight. Cacti of arid regions can withstand considerable water loss. For example, a mesophytic plant would wilt or possibly even die when it loses 10-20 percent of its water. Cacti can withstand a water loss of 60 percent. Cacti such as the saguaro have an adaptation in which plant tissues around any wound are sealed off by a thick layer of cork. 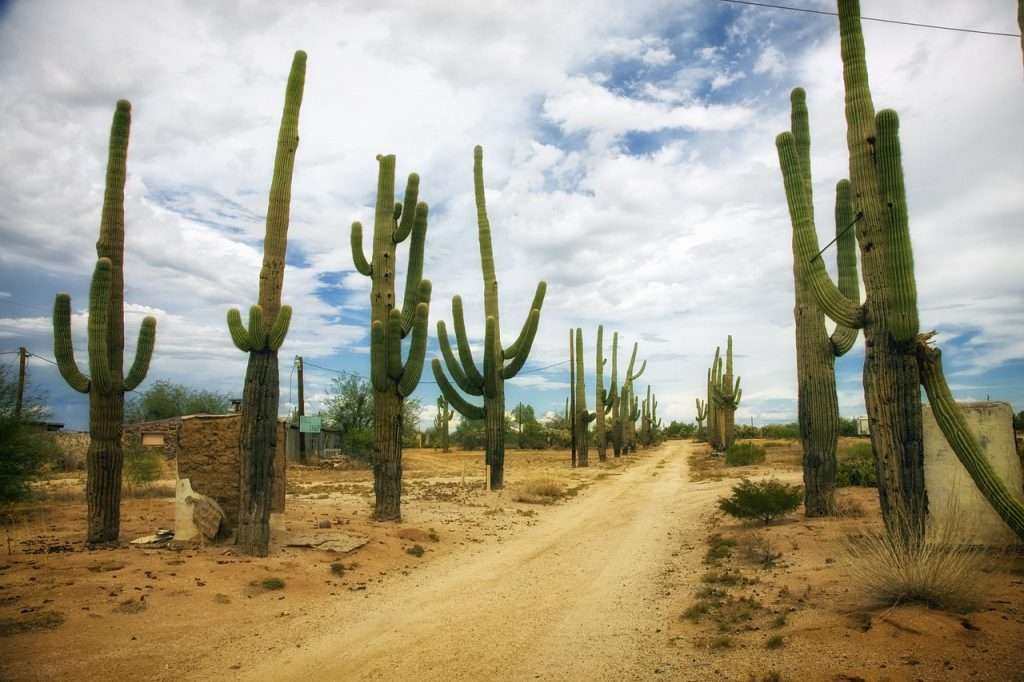 Originally cacti grew only on the American continent. Succulents were native to the Far East,…